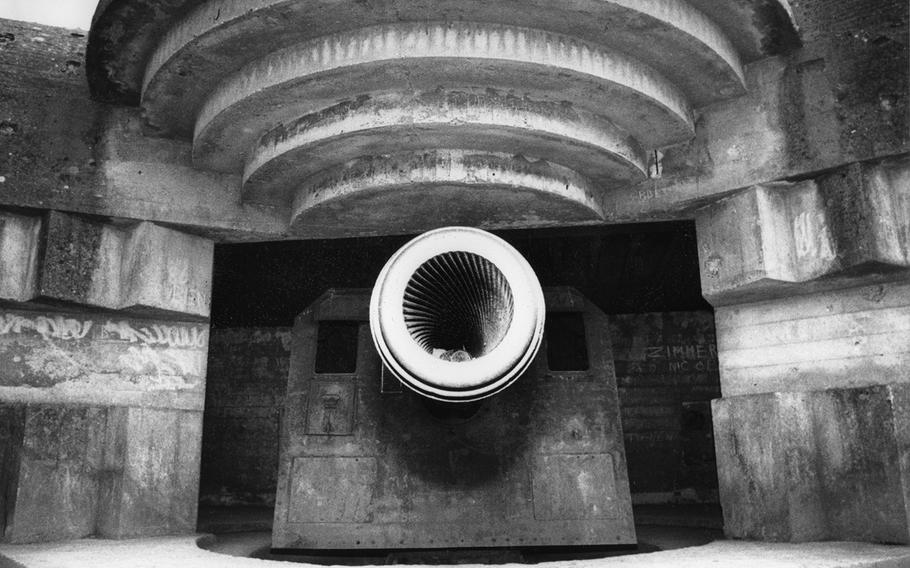 Gus Schuettler ©Stars and StripesNormandy, France, April, 1989: Nearly a half-century after D-Day, a German gun emplacement above Omaha Beach is a reminder of the firepower that Allied troops faced as the invasion of Europe began on June 6, 1944.