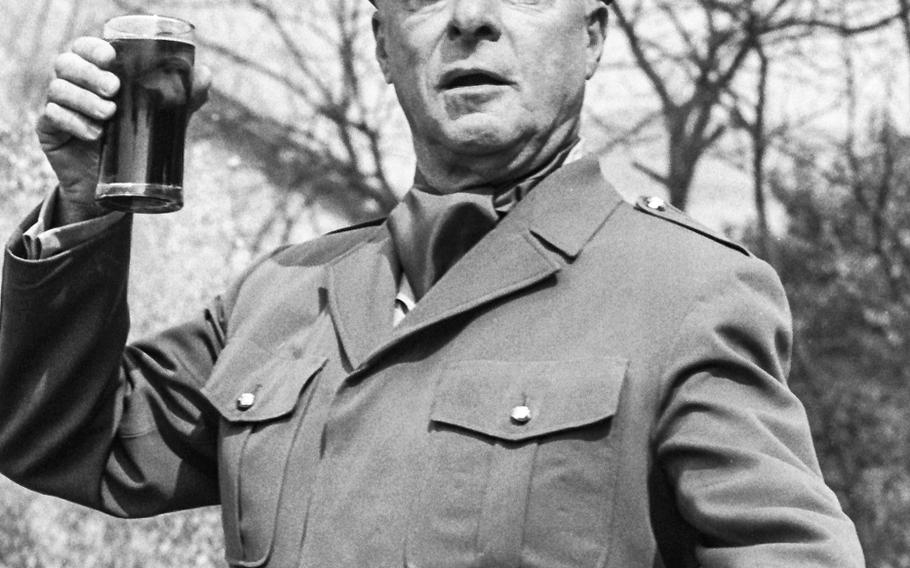 Hideyuki Mihashi ©Stars and StripesTokyo, February, 1970: Actor-producer George Jessel, nicknamed "Toastmaster General of the United States" for his frequent role as master of ceremonies at large-scale celebrity and political events, strikes an appropriate pose during an interview at the Sanno Hotel. Jessel's "uniform" (which he called his "USO outfit") was a prop for a visit to U.S. troops, of which he made many during the Korean and Vietnam wars.