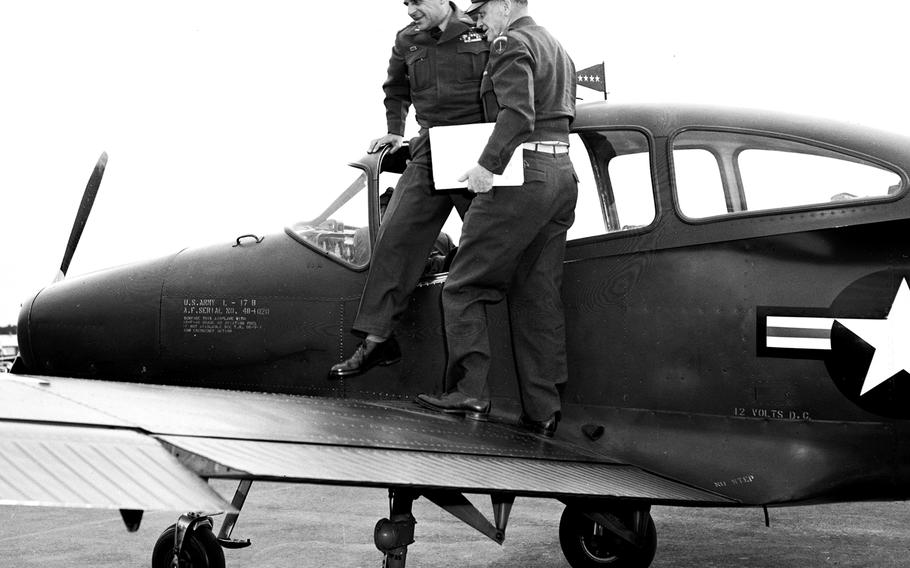 Gerald Waller ©Stars and StripesFrankfurt, West Germany, June, 1952: Gen. Matthew Ridgway, left, Supreme Commander of Allied Forces in Europe, steps out of the North American L-17B Navion aircraft in which he and Gen. Thomas T. Handy, right, EUCOM commander-in-chief, have just arrived at Rhein-Main from Baumholder at the end a three-day inspection tour of U.S., French and British troops in Germany. Ridgway, who planned the airborne assaults on Sicily and Normandy in World War II, holds the distinction of having succeeded both Gen. Dwight D. Eisenhower (weeks before the photo was taken) and Gen. Douglas MacArthur (in 1951 in the Far East) in command positions. He later served as Army chief of staff.