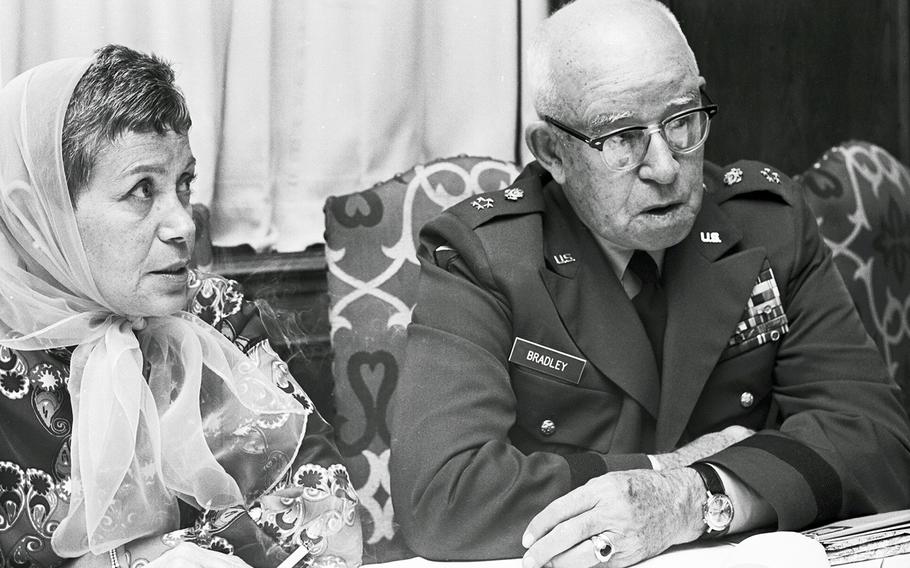 Ted Rohde ©Stars and StripesCaen, France, June, 1969: General of the Army Omar N. Bradley and his wife, Esther, talk to a Stars and Stripes reporter during their visit to France for ceremonies marking the 25th anniversary of the D-Day invasion. Bradley, the nation's only surviving five-star general after the death of Dwight D. Eisenhower earlier in 1969, commanded an army of 1.3 million men during the World War II assault on the European continent that led to the downfall of Adolf Hitler's regime. In the interview, Bradley said that "Our boys are fighting in Vietnam for the same reason the Allies invaded Normandy — to free a subjugated people who treasure liberty."