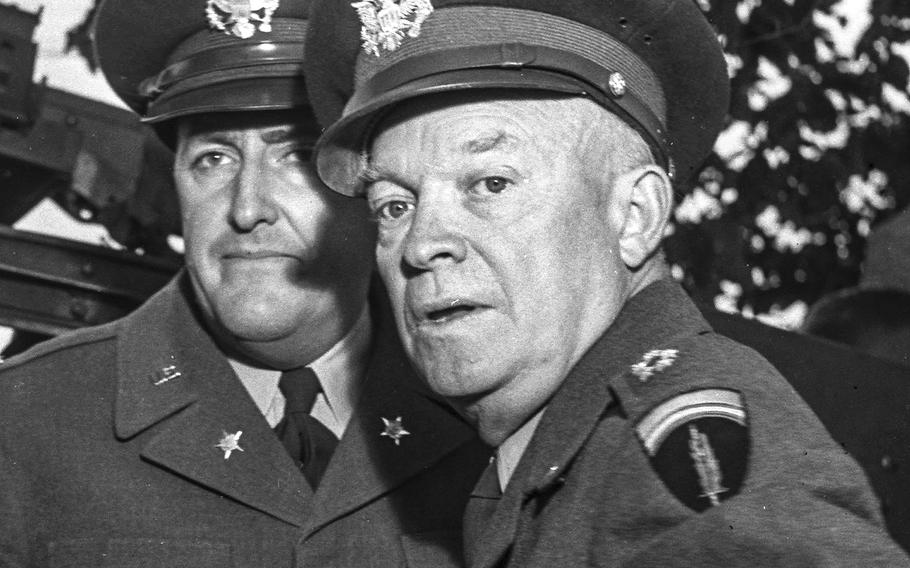 Henry Toluzzi ©Stars and StripesGermany, September, 1951: SHAPE Commander Gen. Dwight D. Eisenhower and his aide, Lt. Col. Vernon Walters, watch as tens of thousands of U.S. and French troops practice river crossings on the Rhine as part of Operation Jupiter. Eisenhower, whose leadership of allied forces played a key role in the German surrender 75 years ago this week, was on extended leave from his postwar job as president of Columbia University. He retired from active duty in May, 1952, returned to Columbia, and went on to win that year's presidential election.