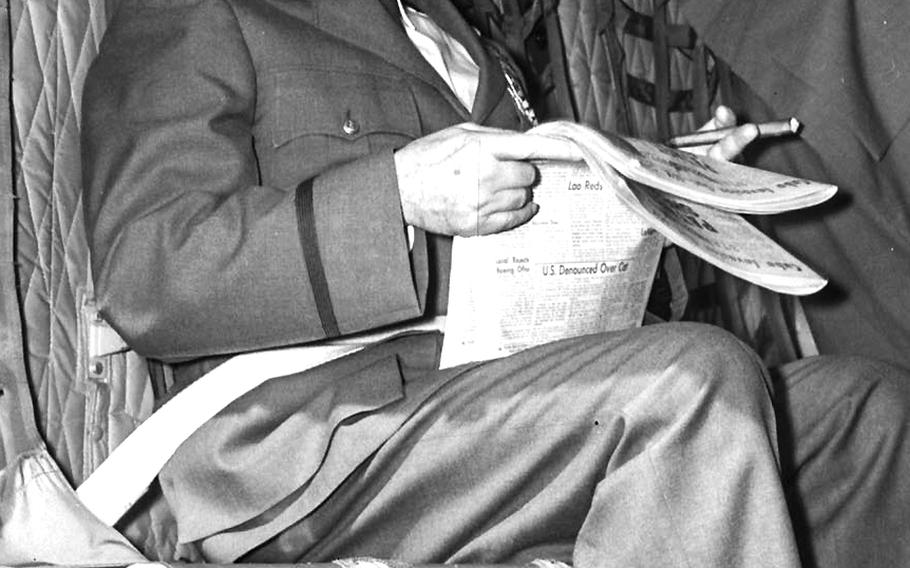 Hideyuki Mihashi ©Stars and StripesTokyo, April, 1963: U.S. Air Force chief of staff Gen. Curtis E. LeMay settles in with a newspaper and his trademark cigar as his helicopter prepares to leave the Stars and Stripes helipad in downtown Tokyo. At a press conference, LeMay was asked for his thoughts on visiting Japan after being an architect of the massive bombing campaign against the country in World War II. He replied, "We were enemies — against the government, not the people. My job was to destroy that government and I did my best."