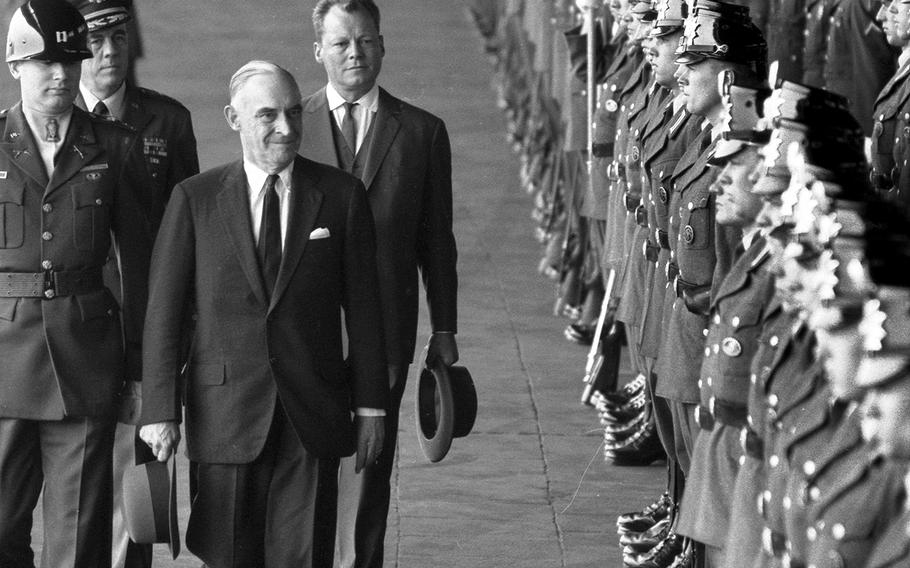 Gus Schuettler ©Stars and StripesBerlin, May, 1962: Retired Army Gen. Lucius Clay reviews an honor guard of Berlin policemen at a Tempelhof Airport ceremony honoring him on his departure from the city. Behind him is West Berlin Mayor Willy Brandt. Clay was already a beloved figure in West Berlin when President Kennedy appointed him to be his personal representative in the wake of the Berlin Wall's construction eight months earlier: In 1948, when he was the city's postwar military commander, he was a driving force behind the airlift that helped overcome the Communist blockade.