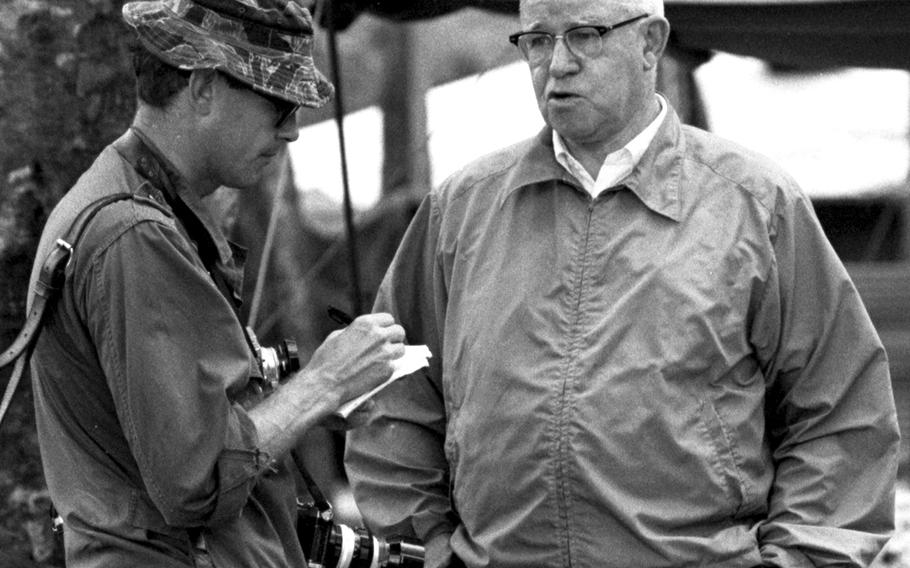 Gerard Forken ©Stars and StripesSouth Vietnam, August, 1967: Retired U.S. Army Gen. Omar N. Bradley talks to a reporter during a visit to the 1st Infantry Division. Bradley commanded American forces (including elements of the Big Red One) during the World War II invasion of Normandy, and went on to become the first chairman of the Joint Chiefs of Staff. He was the last American officer to be awarded a fifth star, and at the time of his death in 1981 he was the only survivor of that elite group of nine men.