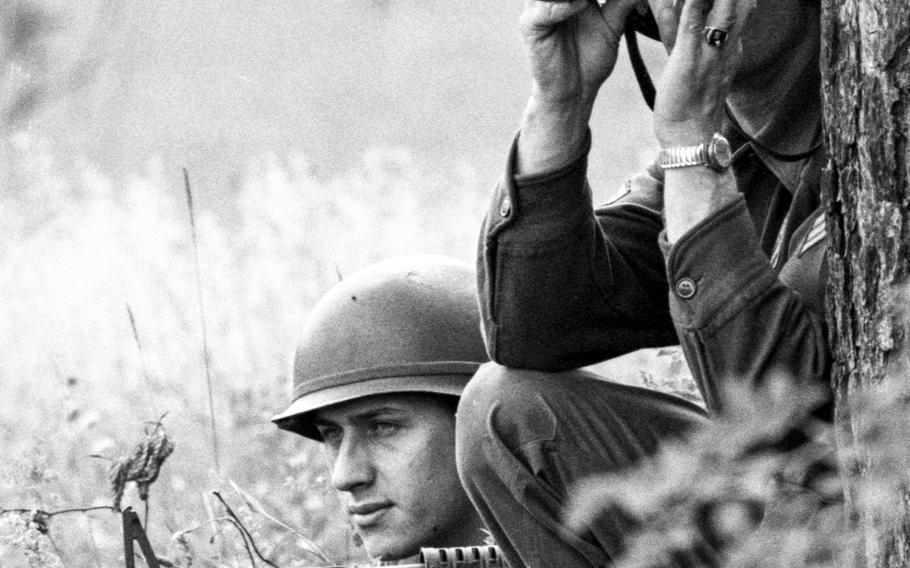 Gene Bane ©Stars and StripesNear Fulda, West Germany, August, 1962: Sgt. Ira Sowards, right, and Pfc. Raymond Carbone peer across the border into East Germany as they patrol the area near Fulda where Cold War tacticians believed a Soviet attack on the West would most likely begin.