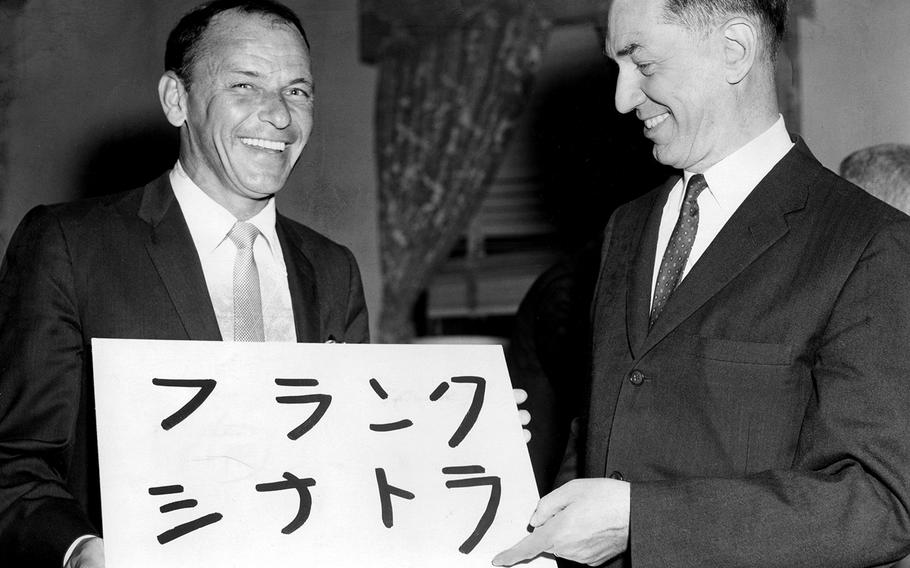 ©Stars and StripesTokyo, April, 1962: Frank Sinatra laughs as U.S. Ambassador to Japan Edwin O. Reischauer presents him with a card bearing the singer-actor's name in Japanese characters. Sinatra was in the Far East for a series of charity performances to aid underprivileged children.