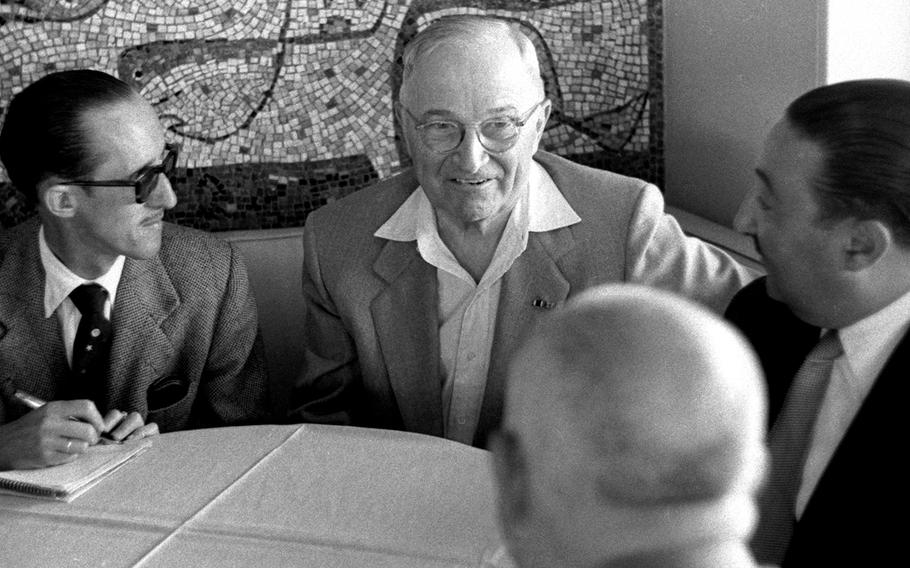 Gene Bane ©Stars and StripesAlgeciras, Spain, June, 1958: Former President Harry S Truman holds court aboard the liner Independence during a brief stop at Algeciras. Truman and his wife, Bess, were in Europe for what the 33rd president hoped would be "a long and pleasant rest," but their plans to visit France were still on hold after the fall of that nation's government during the Algerian crisis.