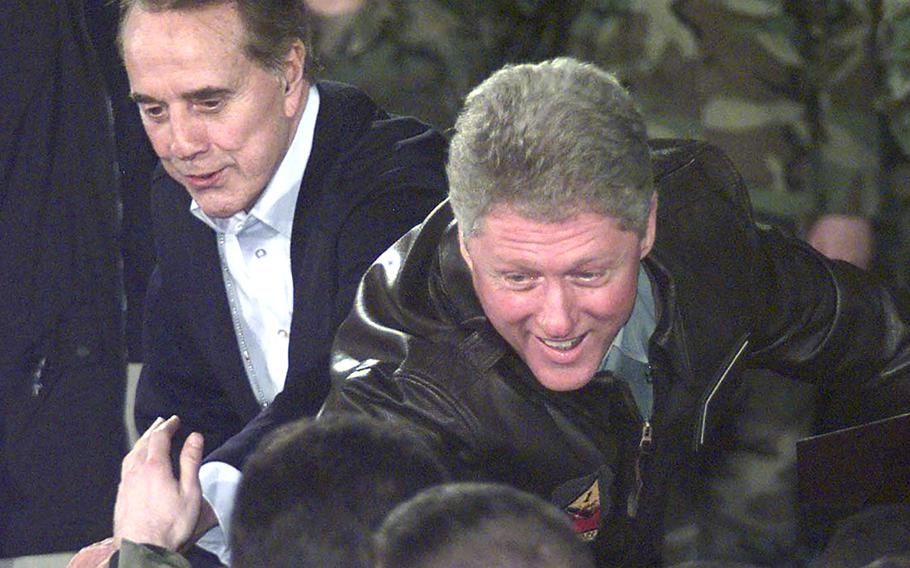 Michael Abrams ©Stars and StripesEagle Base, Bosnia and Herzegovina, December 22, 1997: President Bill Clinton and his opponent in the previous year's election, former Sen. Bob Dole, meet American servicemembers at Eagle Base. "Bosnia is now longer the powder keg at the heart of Europe because of you," Clinton told the troops. "And I cannot thank you enough."