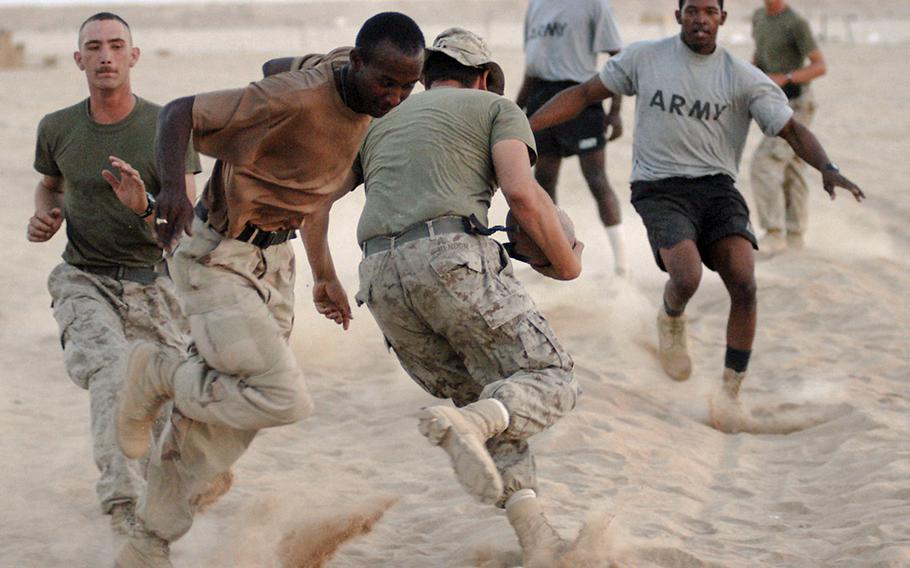 Jason Chudy ©Stars and StripesCamp Duke, Iraq, December, 2004: A Marine tries to break through the Army line during a football game between the 24th Marine Expeditionary Unit and soldiers from the 2nd Battalion, 7th Cavalry Regiment. The two units have been playing against each other in different sports each night during their stay at Camp Duke.