Flooding in the Netherlands, 1953 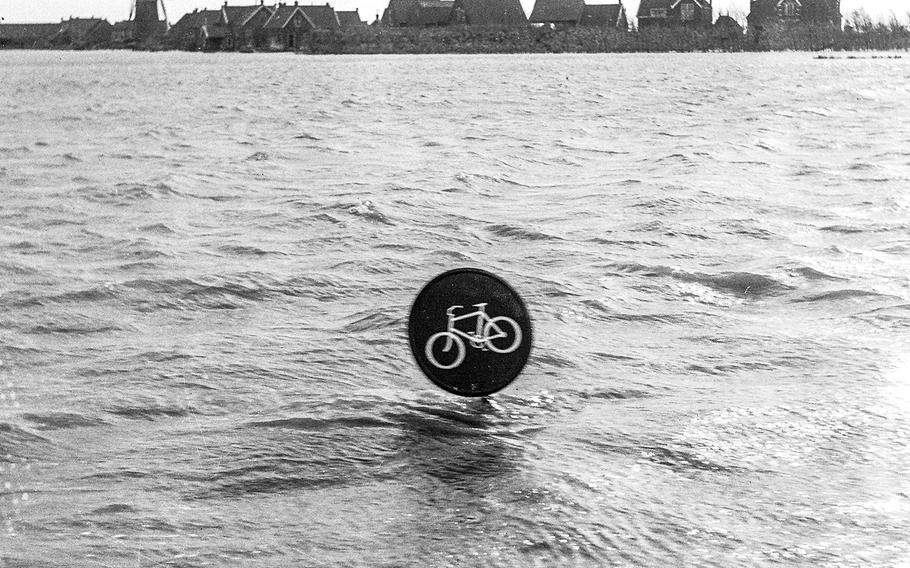 Ed Killpack ©Stars and StripesThe Netherlands, February, 1953: A traffic sign is all that's visible on a street inundated by flood waters on Schouen Island. Tidal seas, whipped by gale-force winds, had already claimed over 1,000 lives in the Netherlands, southeastern Britain and Belgium; it was said to be the worst flooding in the region since the Middle Ages.