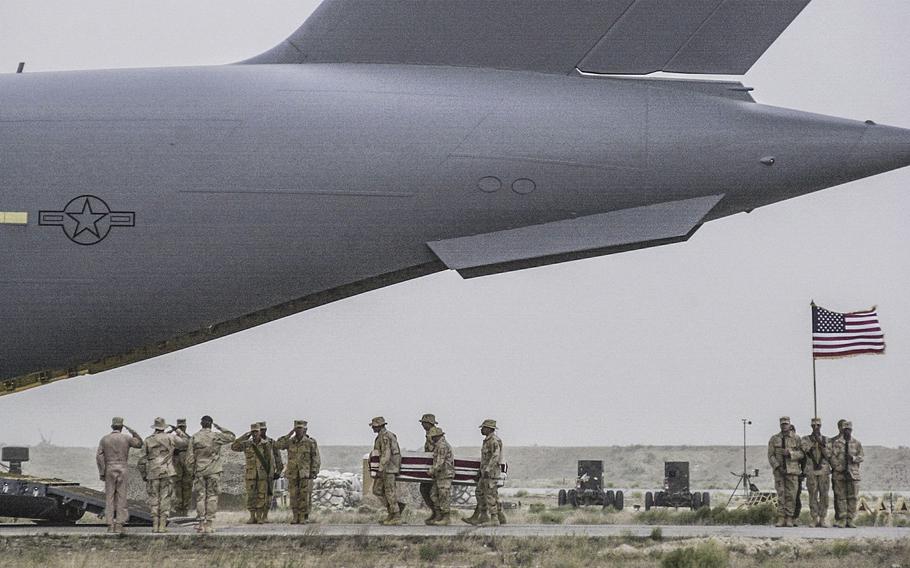 Joseph Giordono ©Stars and StripesBagram, Afghanistan, June, 2002: Members of an Army Special Forces team carry the casket of a fallen comrade onto a C-17 as the remains of three servicemembers killed in an MC-130H Combat Talon aircraft crash in Afghanistan's Paktika province begin their journey home.