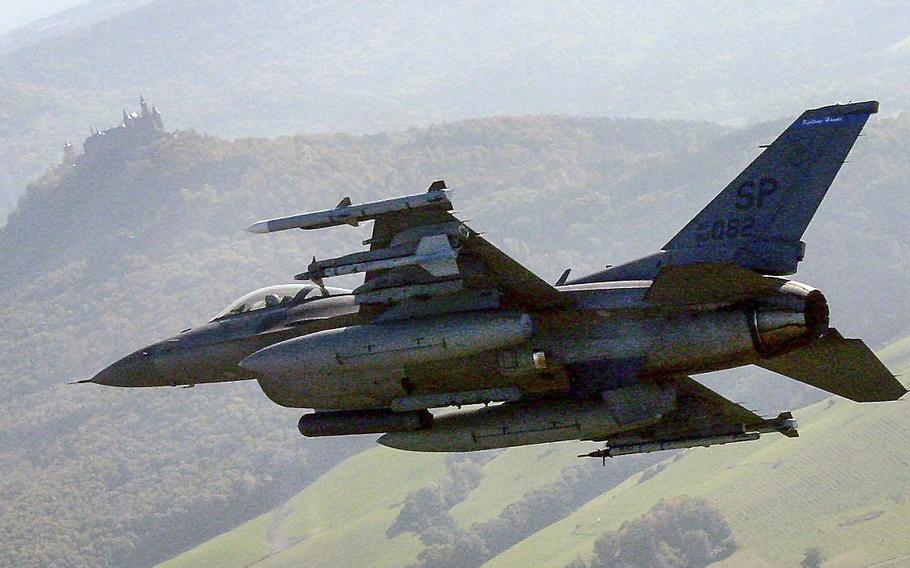 Scott Schonauer ©Stars and StripesOver Germany, October, 2005: Capt. Sean "Stogi" Penrod flies an F-16 past the Hohenzollern Castle near Hechingen. A Stars and Stripes story about the aircraft noted that the F-16 "on the outside — with its short, swept-back wings and large tail — looks almost the same today as the first one that rolled off the production lines in 1979. On the inside, however, it’s almost totally different ... The fighter has gone through six major changes, five different engines, five types of radars and five electronic warfare equipment overhauls in its lifetime."

RELATED MATERIAL: Stars and Stripes' 2005 stories about the F-16.