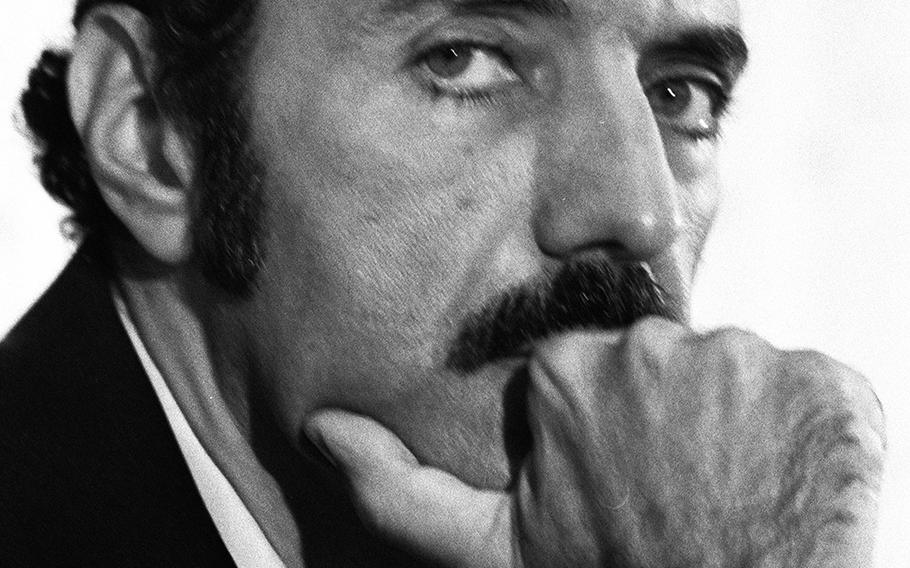 Hideyuki Mihashi ©Stars and StripesTokyo, April, 1974: William Peter Blatty, author of the horror classic "The Exorcist," holds a press conference at Tokyo's Imperial Hotel. "I would not wish to witness an exorcism," he told reporters. Blatty died January 12, 2017 at age 89.