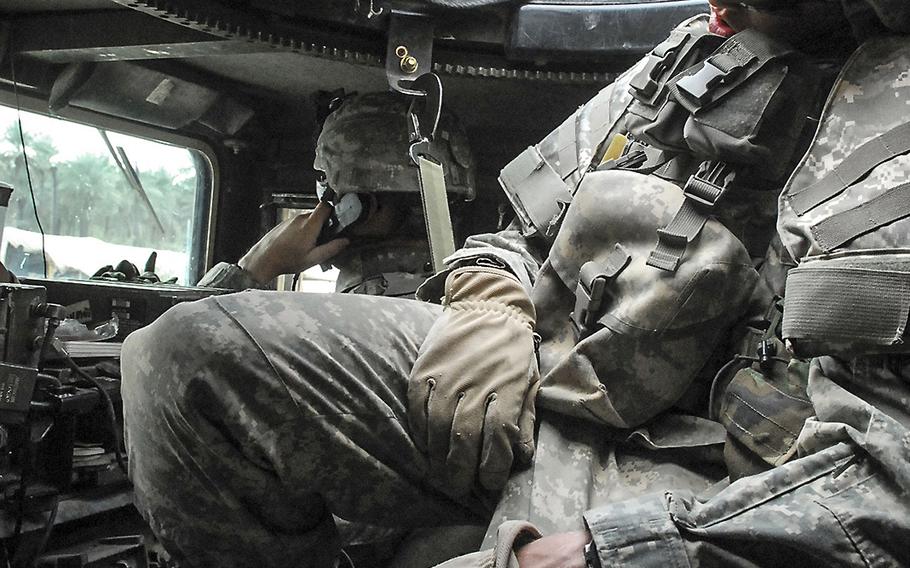 Monte Morin ©Stars and StripesIraq, March, 2007: An exhausted U.S. soldier slumps in the turret of a Humvee after performing back-to-back patrols south of Baghdad. “The brain starts to tire and shut down on you, your body begins to give out," one soldier told a Stars and Stripes reporter. "I’ve been mentally tired after back-to-back missions. Those are what get to you.” But another noted that "we got to do what we got to do. Everybody likes sleep but sometimes sleep is not an option."