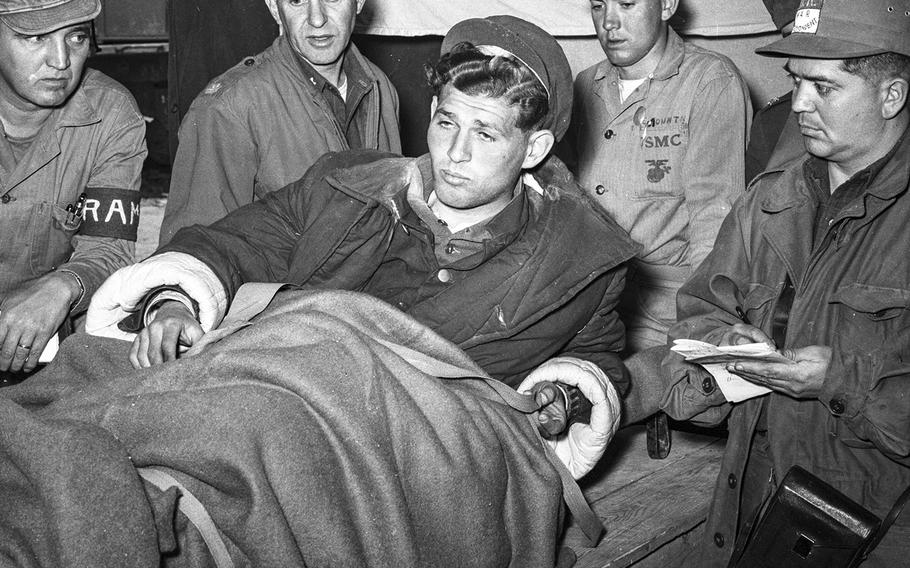 Frank Praytor ©Stars and StripesKorea, April, 1953: Hungarian born U.S. soldier and Holocaust survivor Tibor Rubin of Long Beach, Cal., talks to reporters at Freedom Village after his release from a Chinese prisoner of war camp. Rubin said he had it better "in every way" during his recent confinement than he did in the Mauthausen concentration camp during World War II. He said he answered "No" when the Reds asked him if he wanted to be sent to Hungary, because "they hang me up from the first cherry tree" in his Communist-controlled native land. Rubin's heroism in battle and selfless efforts to provide food for his fellow soldiers while in the POW camp went unrecognized for many years, reportedly because of anti-Semitism, but on September 23, 2005, he was presented with the Medal of Honor by President George W. Bush.