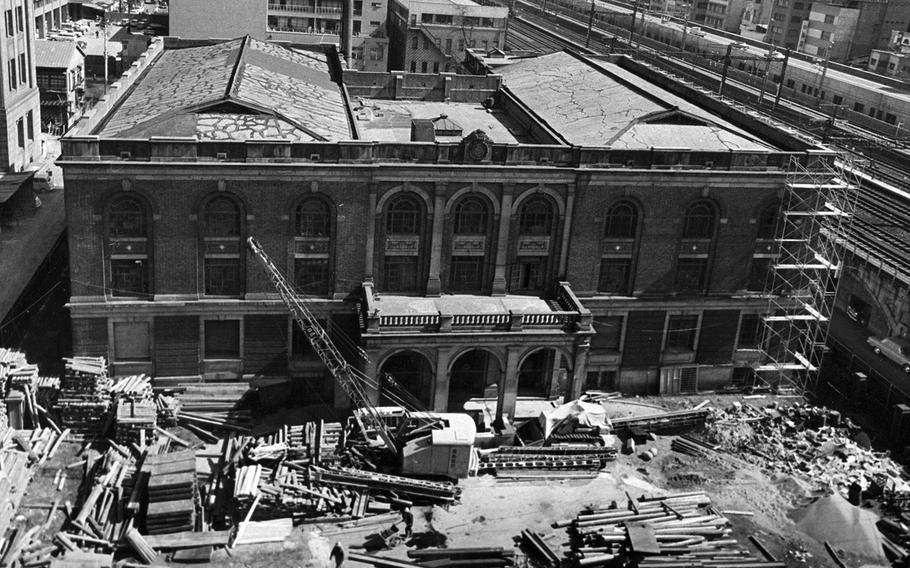 Teruhiko Kikuchi ©Stars and StripesTokyo, April, 1965: Wreckers prepare to tear down the former Rocker Four building, which once housed the biggest U.S. military club in the world. The Rocker Four Club opened its doors July 4, 1952, during the Korean War, and closed in March, 1958. The building's 58,592-square-foot inside floor space housed two ballrooms and four bars, as well as several restaurants and snack bars. The NCO club was so profitable in its heyday that free-drink and steak-dinner nights became a regular feature.