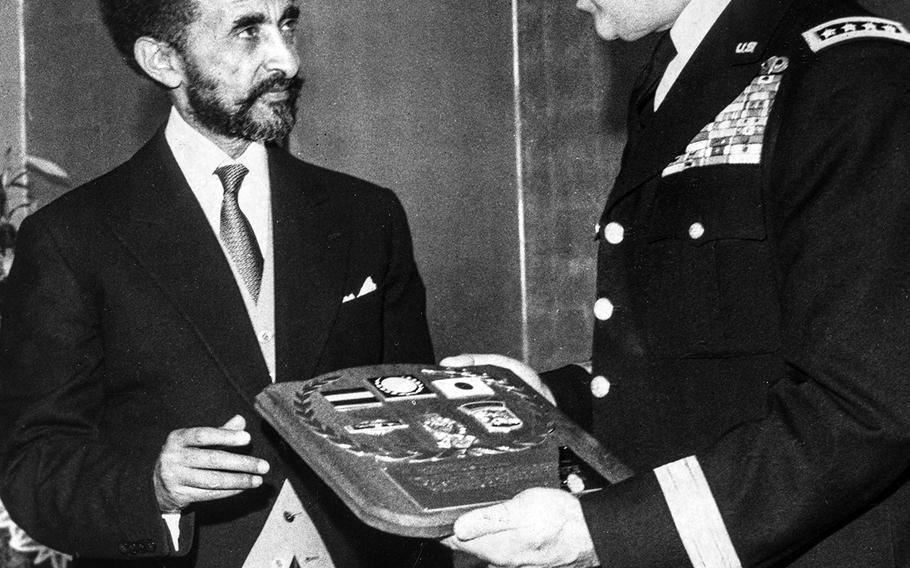 I.G. Edmonds ©Stars and Stripes Tokyo, November, 1956: Gen. Lyman Lemnitzer, commander of U.S. and United Nations forces in Japan and Korea, accepts a plaque from Emperor Haile Selassie of Ethiopia in appreciation for the assistance given to the Ethiopian Expeditionary Force in Korea by the U.N. Command. The presentation was made during a reception given by Selassie at Tokyo Kaikan before his return to Ethiopia. Lemnitzer later served as Army chief of staff, chairman of the Joint Chiefs of Staff, USAREUR commander and NATO supreme commander.