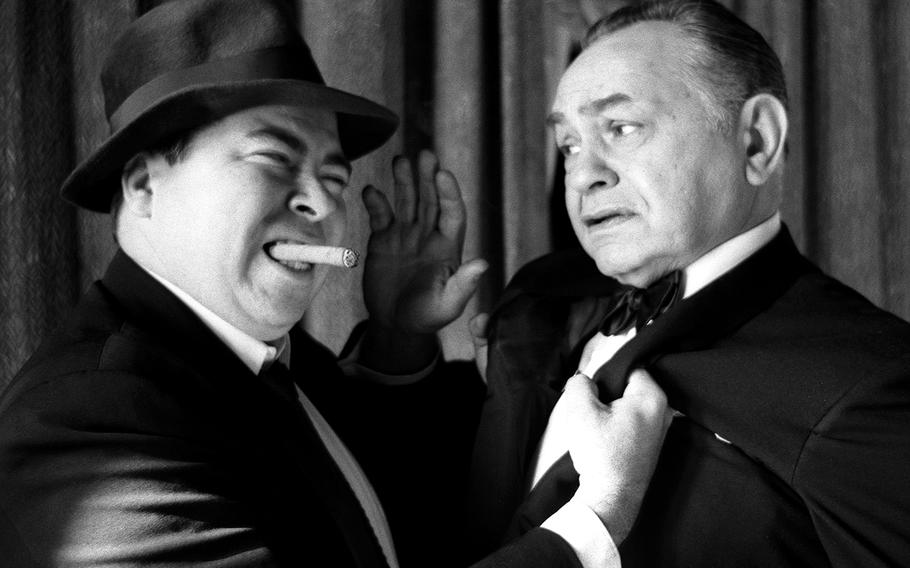 Sandy Colton ©Stars and StripesTokyo, January, 1961: Movie tough guy Edward G. Robinson meets his match in Stars and Stripes entertainment columnist Al Ricketts. That Robinson would pose for the gag photo is indicative of the esteem in which Ricketts was held by leading members of the Hollywood community — despite his often-scathing reviews. A 1961 "Time" story (illustrated by this photo) suggested that Ricketts was to Stripes what Mickey Mantle was to the New York Yankees.