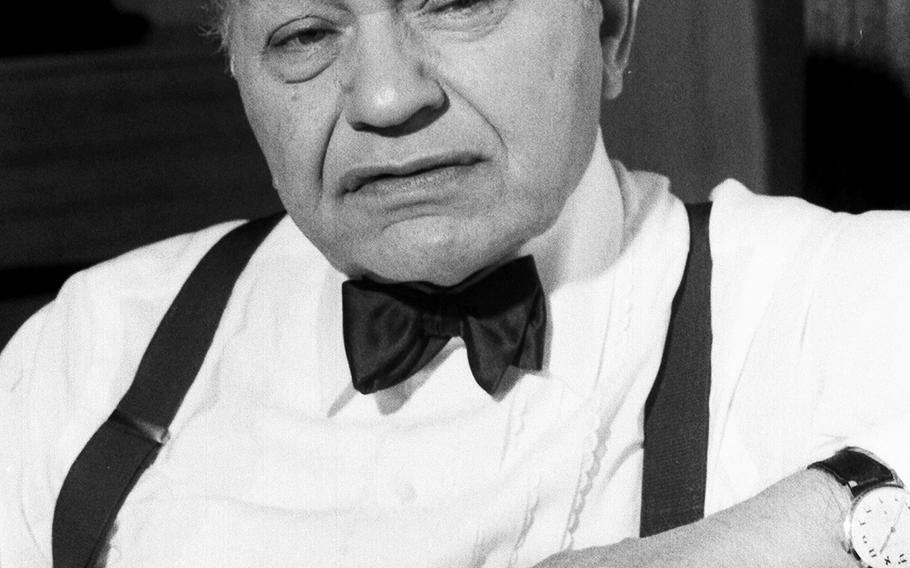 Sandy Colton ©Stars and StripesTokyo, January, 1961: Edward G. Robinson, best known for his portrayal of gangsters in such classic movies as "Little Caesar," is interviewed on the set of "My Geisha." "I don't mind being imitated," said Robinson, whose style was a staple for impressionists over the years (and Hank Azaria's model for Chief Wiggum on The Simpsons). "People come up to me on the street and do it. But one never really knows what one really looks or sounds like. I don't think I've ever seen an imitation of myself that I thought was accurate."