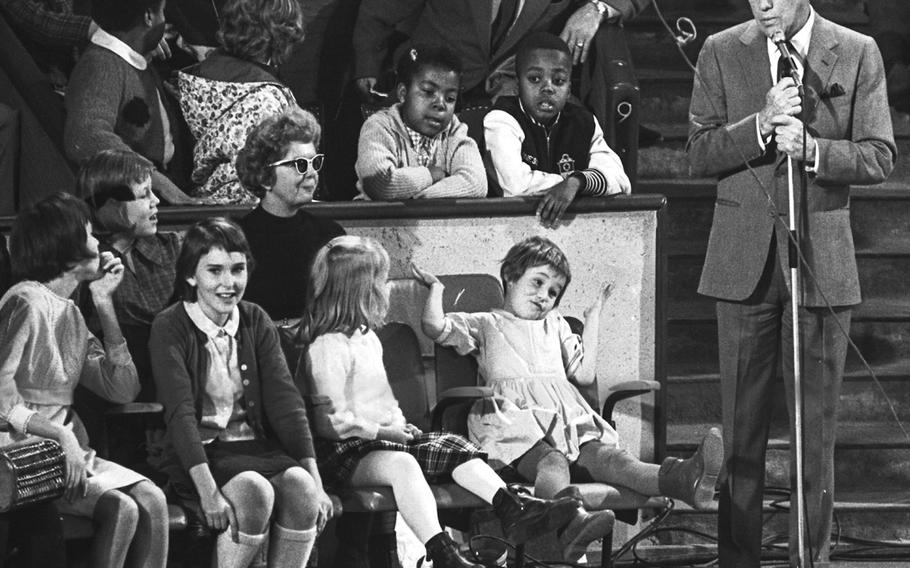 Red Grandy ©Stars and StripesMunich, West Germany, November, 1965: TV variety show host and newspaper columnist Ed Sullivan doesn't seem to be distracted by a scene-stealing child at the Circus Krone, where he was filming performances for use on his show. Sullivan, now best known as the man who introduced the Beatles to America, frequently entertained servicemembers overseas during his career. His eclectic Sunday night show — which might mix a major rock group with opera singers, jugglers, puppets and current newsmakers being introduced from the audience — ran from 1948 to 1971.