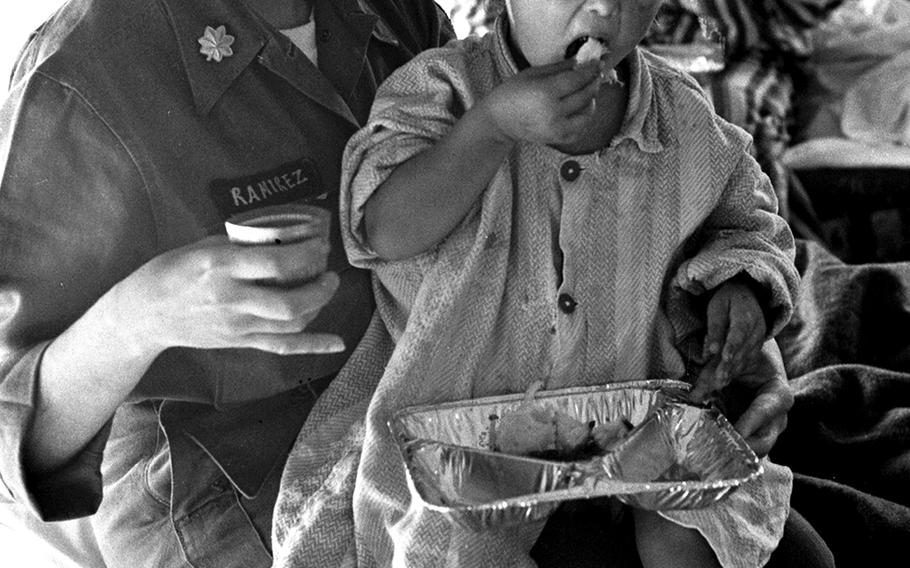 Gus Schuettler ©Stars and StripesKumanovo, Yugoslavia, July, 1963: At a tent city in Kumanovo, Maj. Rosa Ramirez feeds a three-year-old survivor of the July 26 earthquake that killed over 1,000 people and leveled most of the city of Skopje. The fate of the girl's parents was still unknown. The tent city was set up by the 8th Evacuation Hospital of Landstuhl, Germany, from which 200 doctors, nurses and other personnel were flown in to Belgrade by the 322nd Air Division and then driven on trucks and buses over 250 miles of bad roads.