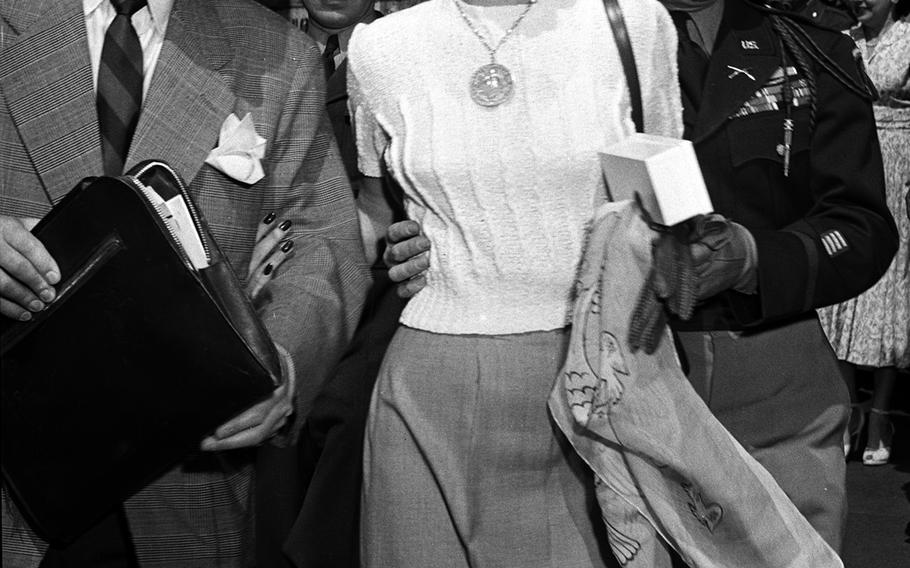 Henry Toluzzi ©Stars and StripesFrankfurt, West Germany, June, 1950: Dorothy Lamour is escorted out of the Frankfurt train station after arriving to begin a series of shows on U.S. bases in Germany. The actress assured her fans that she would, indeed, be wearing a sarong — her trademark since the 1936 movie that made her famous, "The Jungle Princess" — during her appearances. "Everybody says that's what they want to see me in and I want to make our troops happy," said Lamour, who co-starred in a series of "Road" movies with Bob Hope and Bing Crosby in the 1940s and '50s.