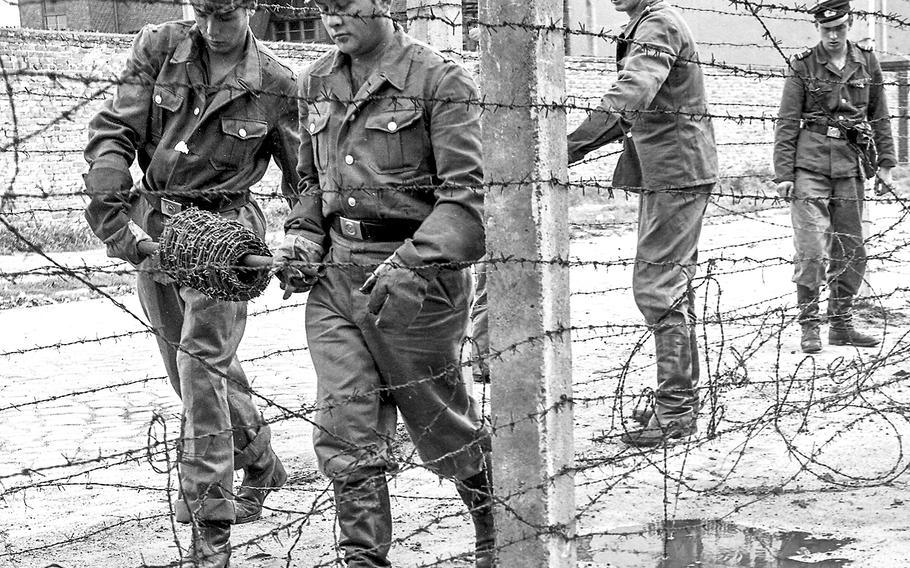 Gus Schuettler ©Stars and StripesBerlin, September, 1961: East German national police officers (commonly known as Vopos) roll out a strand of barbed wire to reinforce a month-old fence between the city's Eastern and Western sectors that would, over the years, become part of the massive and detested Berlin Wall.

RELATED MATERIAL: A Stars and Stripes story about the wall from September, 1961.