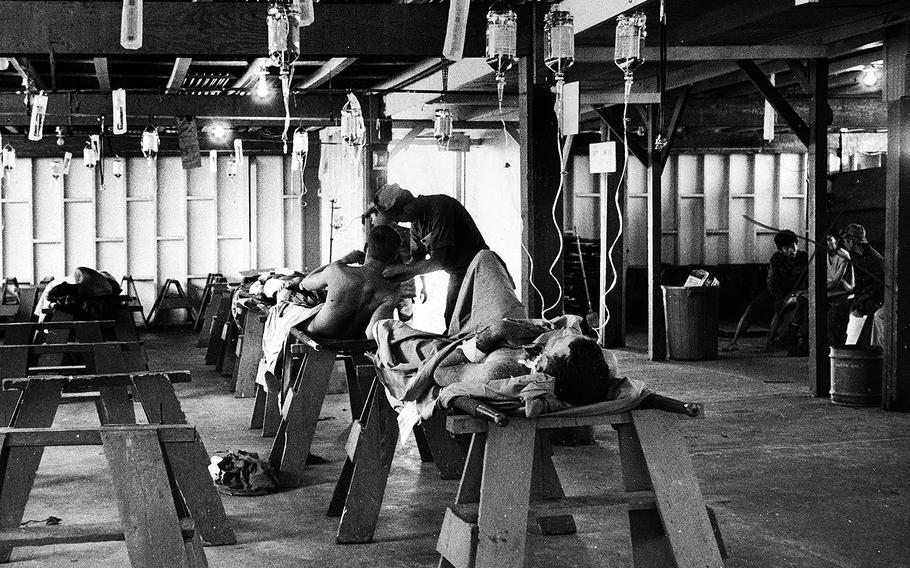 Andrew Headland Jr. ©Stars and StripesDa Nang, South Vietnam, June, 1968: Wounded servicemembers are treated in the receiving ward before being taken inside the Naval Support Activity Hospital, Da Nang, for further examination. The largest casualty receiving hospital in South Vietnam had a staff of more than 800 officers and enlisted personnel. During a 10-month period ending in May, 1968, 17,000 patients were admitted; of those, 6,000 were battle casualties who received a total of more than 18,000 operations.