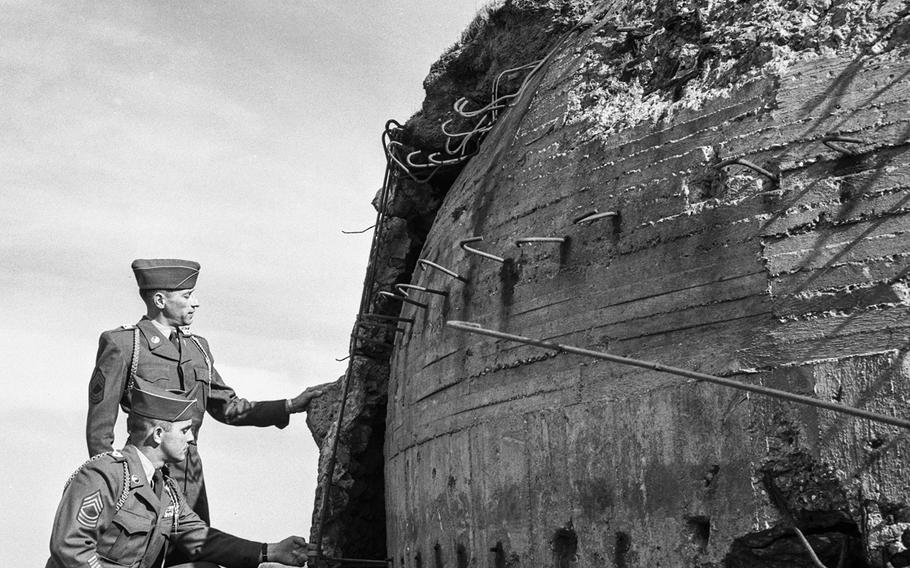 Ted Rohde ©Stars and StripesNormandy, France, May, 1954: Ten years after they took part in the D-Day invasion of Europe, Master Sergeants William J. Hopkins Jr., left, and George C. Zares examine the ruins of German fortifications in the area where they came ashore on June 6, 1944. The two were accompanied on their trip to Omaha Beach and other area landmarks by Stars and Stripes photographer Ted Rohde, who also landed in Normandy during the invasion.

RELATED MATERIAL: Stars and Stripes' 1954 story about the D-Day veterans' return to Normandy.