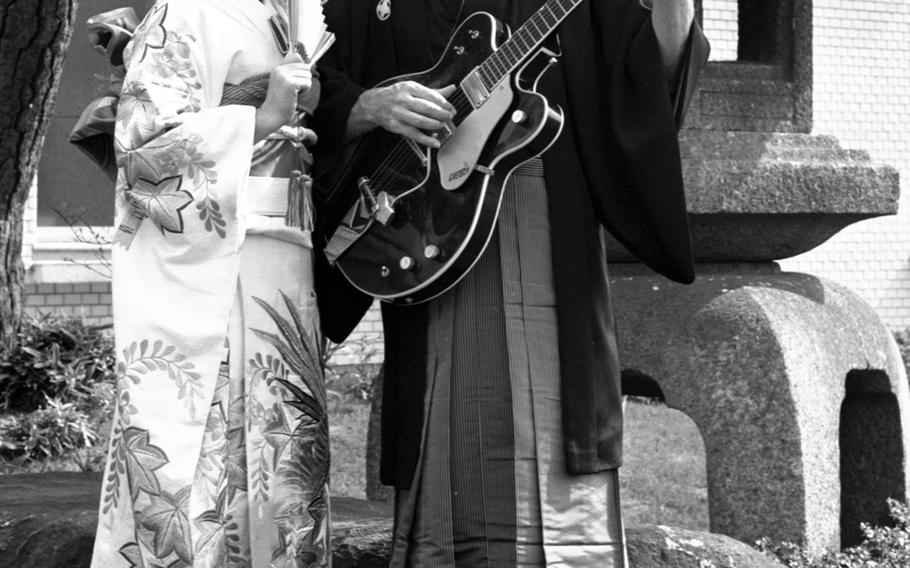 Masahiko Nakamura ©Stars and StripesTokyo, October, 1965: Wearing kimonos, Chet Atkins and Skeeter Davis pose in the garden of the Tokyo Hilton Hotel. The two country music stars, who were touring Japan with an all-star show that also featured Hank Locklin and The Browns, were being photographed for an East-meets-West cover of Stars and Stripes' weekly magazine section.