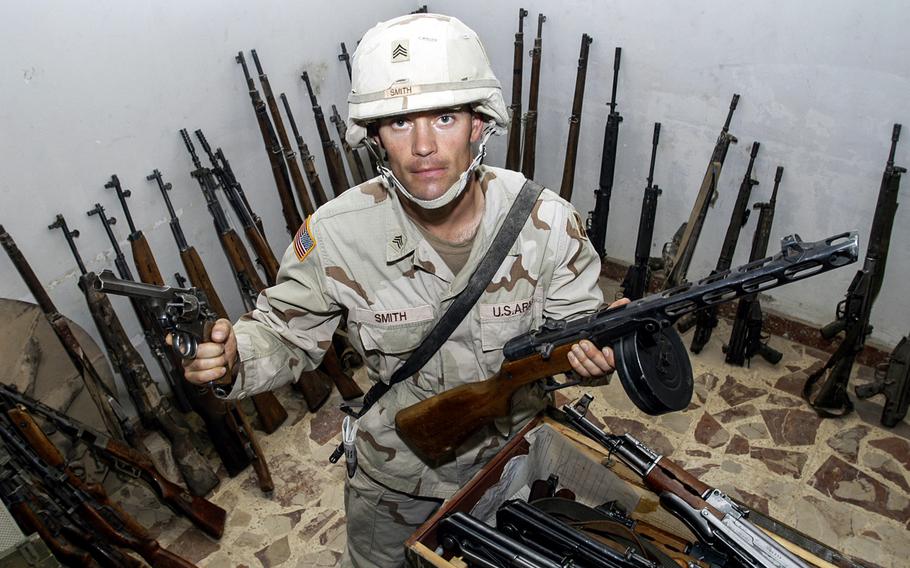 Jason Chudy ©Stars and StripesBaghdad, October, 2003: Army medic Sgt. Kurt Smith holds up a 1917 Webley Pistol and World War II Russian PPK submachine gun that were confiscated during raids, as were all the other weapons shown here in the 3rd Battalion, 16th Field Artillery, arms room. “There’s stuff that I’ve only seen in museums, in books or on the Internet,” said Sgt. 1st Class Nelson Castro, the 3-16th’s master gunner. “Most of this stuff is in fairly good shape.”

RELATED MATERIAL: Stars and Stripes' 2003 story about the weapons.