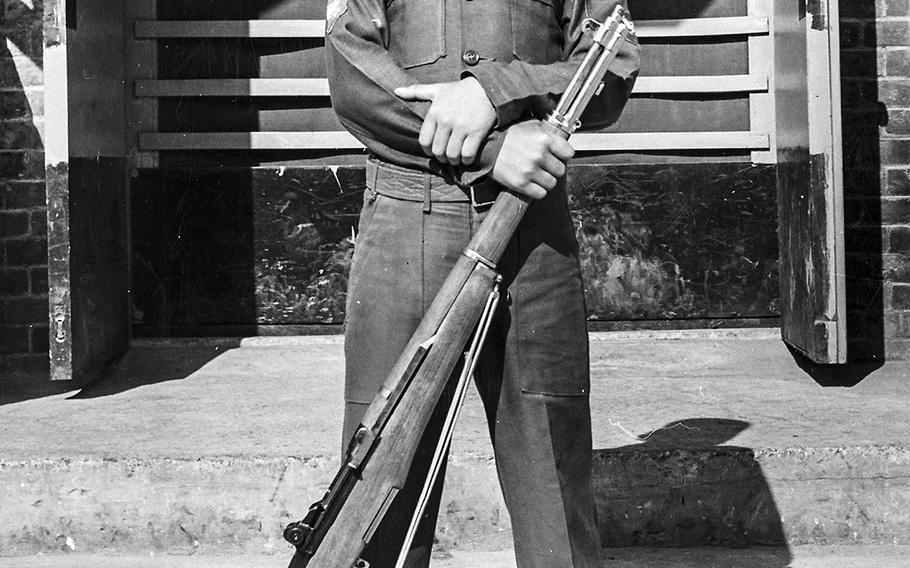 Arnold Asrelsky ©Stars and StripesSeoul, South Korea, August, 1959: The Eighth Army Honor Guard's company mascot, Lee, strikes a tough pose for the photographer, but the 10-year-old Chinese orphan's toughness wasn't just in photos. His parents and older brother were killed by a Communist patrol while the family was fleeing North Korea; Lee was found by a South Korean soldier, and afte a short stay in an orphanage lived with U.S. troops for most of the next six years. Lee was an expert boxer, pool shark, linguist, and manual of arms ace, and was learning to throw the lariat. His name tag, "Chingo," is Korean for "friend."