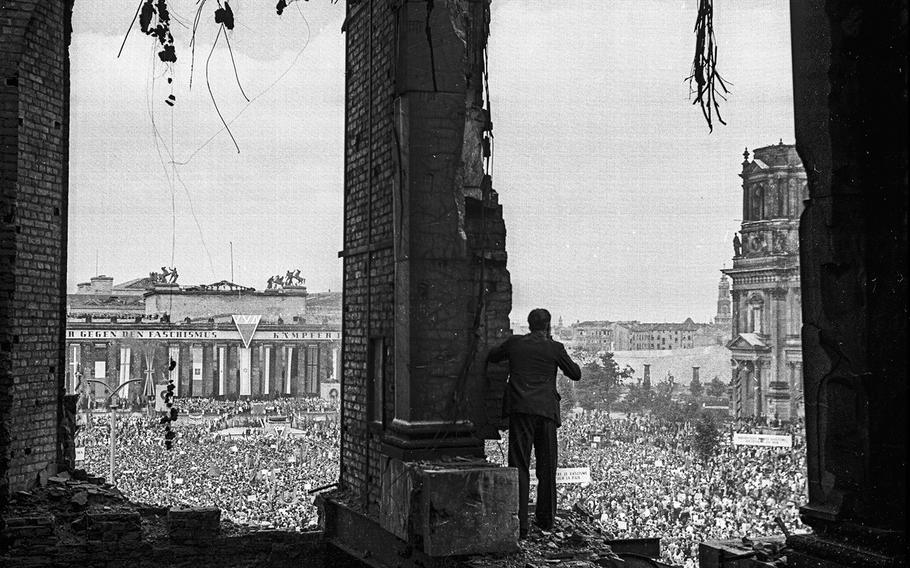 Gerald Waller ©Stars and StripesBerlin, September, 1948: A man watches a Communist rally from the bombed-out ruins of a building overlooking Berlin's Lustgarten Square. The rally, billed as a remembrance of the victims of fascism but featuring plenty of anti-American rhetoric, was held at the height of the Berlin Airlift. In fact, a story about the rally noted that speakers were occasionally drowned out by the noise from U.S. planes ferrying supplies to the blockaded western portion of the city.

RELATED MATERIAL: A Stars and Stripes story about preparations for the September, 1948 gathering.