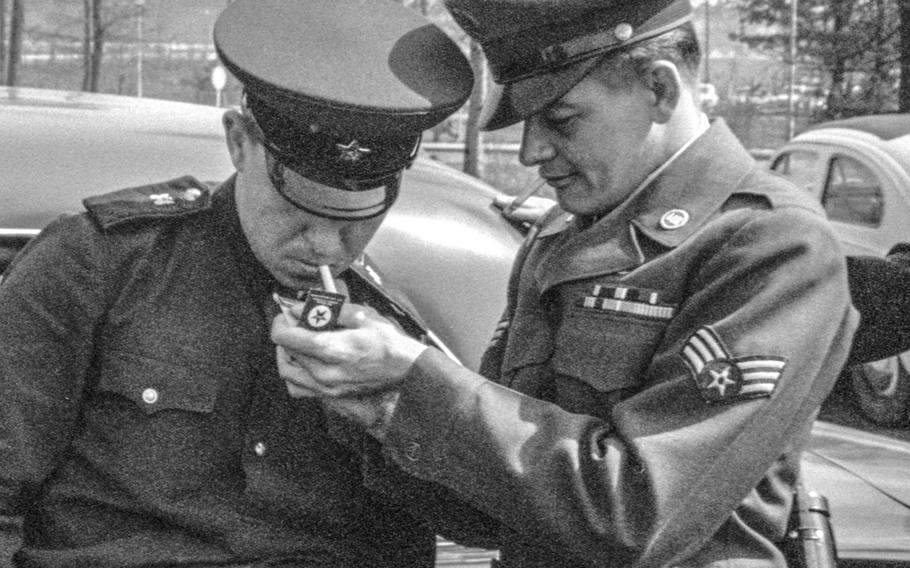 Red Grandy ©Stars and StripesFrankfurt, West Germany, April, 1958: The tensions of the Cold War are forgotten for a moment as an American airman lights a cigarette for a servicemember from the other side of the "Iron Curtain." It was a day for detente at the Frankfurt airport, where Soviet Deputy Premier Anastas I. Mikoyan was arriving to begin trade talks with the West German government. Mikoyan was the first top official of his government to visit West Germany in its eight years of existence as an independent state. His arrival in a Tupolev TU104, the Soviets' pride and joy and the first jet transport to land at the airport, caused as much excitement as the diplomatic aspects of his mission.