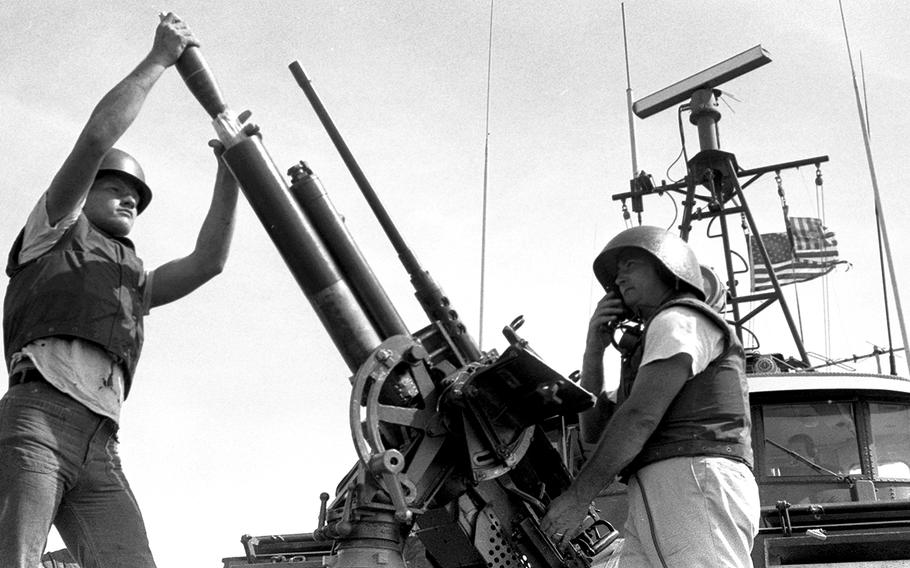 Russ Anderson ©Stars and StripesOff the coast of South Vietnam, April, 1968: U.S. Coast Guardsmen aboard the 82-foot cutter Point Partridge send mortar fire toward Viet Cong on the beach during a six-day patrol along the delta coast near Long Toan. At the time, there were 36 Coast Guard cutters patrolling the waters off South Vietnam; an officer told Stars and Stripes the mission was to "prevent sea infiltration of enemy troops and supplies into Vietnam."