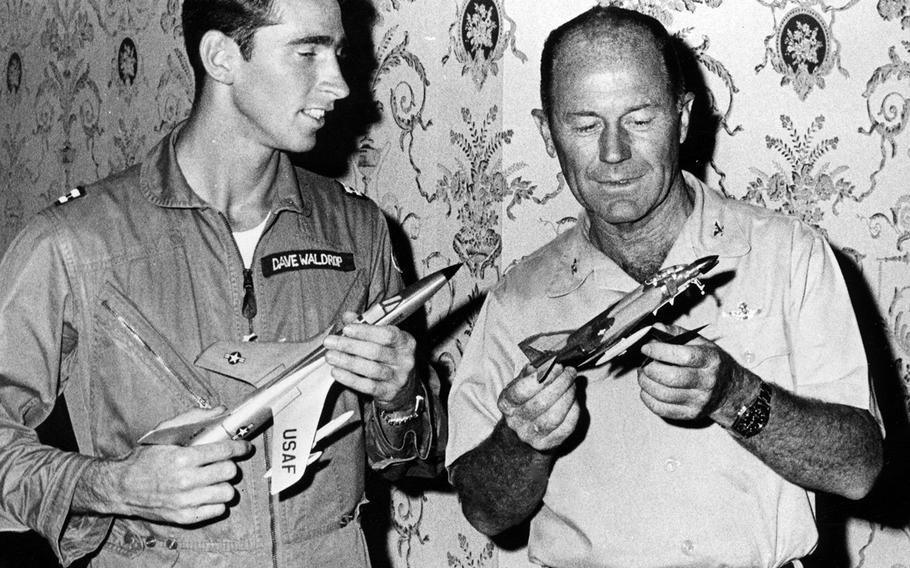 ©Stars and StripesYokota Air Base, Japan, July, 1968: Col. Charles F. Yeager, right, the first pilot to break the sound barrier, inspects a model of an F4C Phantom jet as he talks with Capt. David Waldrop of the 347th Tactical Fighter Wing (holding a model of an FH-105) at Yokota Air Base. Yeager, commander of the Korea-based 4th Tactical Fighter Wing, was the guest speaker at the 347th's monthly flight safety session.