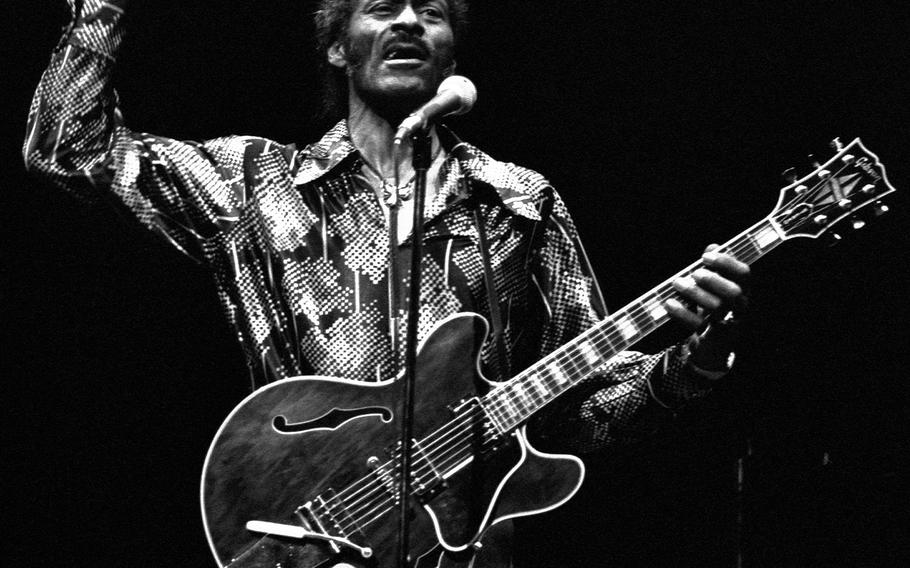 Chet King ©Stars and StripesTokyo, April 27, 1981: Rock legend Chuck Berry, onstage in Tokyo. Berry, whose hits include "Memphis," "Maybelline," "Sweet Little Sixteen" and "Roll Over Beethoven" and was a great influence in the likes of the Beatles and Rolling Stones, died March 18, 2017 at age 90.