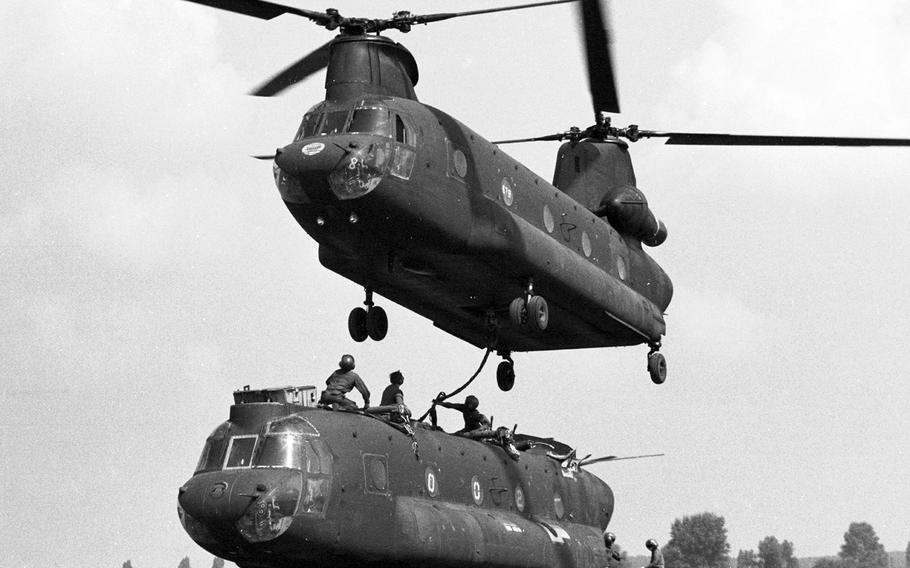 Stephanie James ©Stars and StripesMannheim, Germany, August, 1981: A crew at Coleman Barracks prepares an Army CH-47 Chinook helicopter belonging to the 205th Aviation Co. at Finthen Army Air Field for lifting by another Chinook, this one from the 295th Aviation Co. The copters were on their way to Ramstein Air Base, where the stripped-down craft from Finthen was to be loaded aboard a C-5 Galaxy for a flight to the U.S. to be rebuilt. Before the flight, the 205th's chopper was reduced in weight from its normal 21,000 pounds to 11,000 by removing its fore and aft transmissions, rotors and engines.