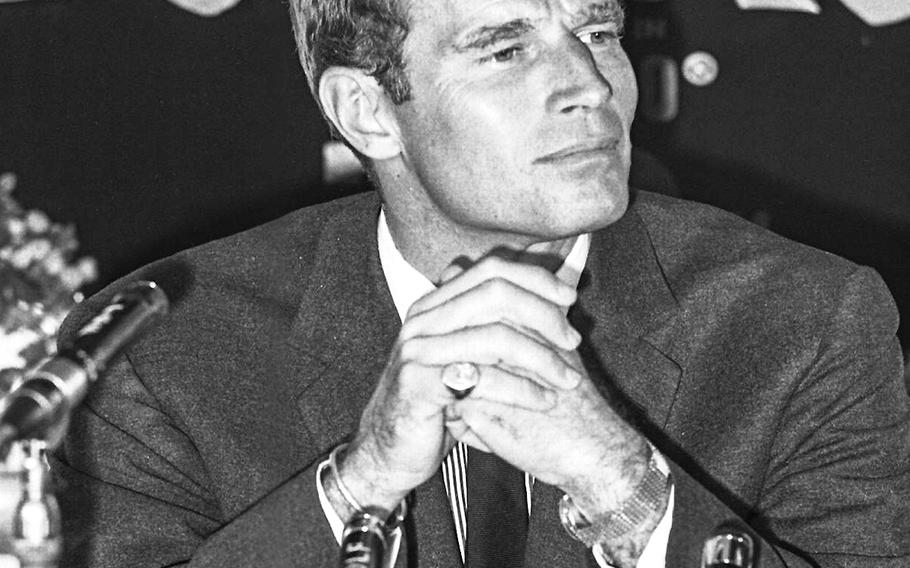 Michio Yamaguchi ©Stars and StripesTokyo, January, 1966: Actor Charlton Heston talks to reporters during a visit to Tokyo for the opening of his latest film, "The Agony and the Ecstasy," about the life of Michelangelo. Heston was on his way back to the U.S. after a two-week visit with the troops in Vietnam. "We're in Vietnam to do what the French were unwilling to do, the Diem regime was unable to do, and what we're determined to do," he said.