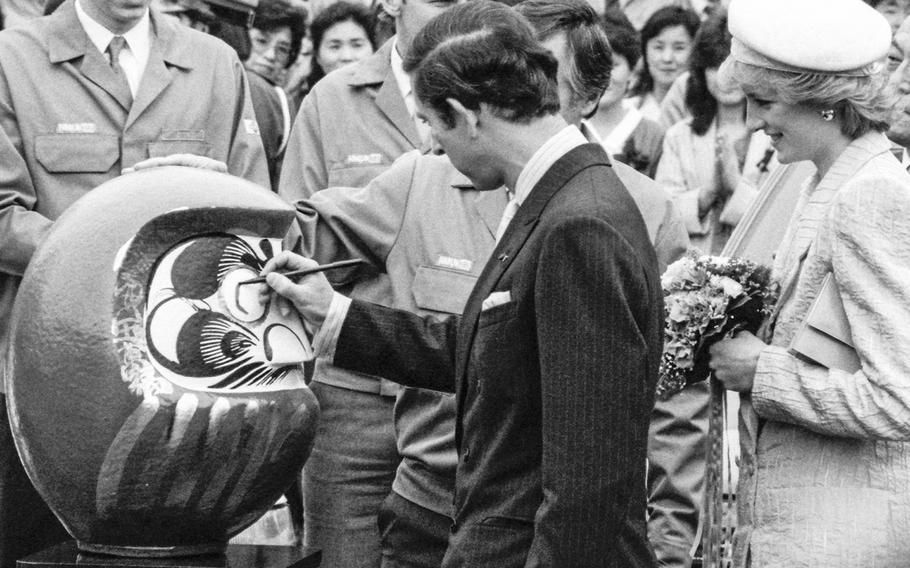 R.J. Oriez ©Stars and StripesZama, Japan, May, 1986: Prince Charles paints in one of the eyes of a daruma during a tour of a Nissan plant as Princess Diana (who was given 24 miniature cars as souvenirs for Princes William and Harry) watches. The Japanese good-luck charm gets its second eye when a wish is fulfilled; this one was to have full sight upon the opening of a Nissan plant in Great Britain. The royals, in the sixth day of a seven-day visit to Japan, later had lunch with Prime Minister Yasuhiro Nakasone and his wife, Tsutako, at the annex of the downtown Geihinkan state guest house, where the Prince and Princess of Wales were staying.