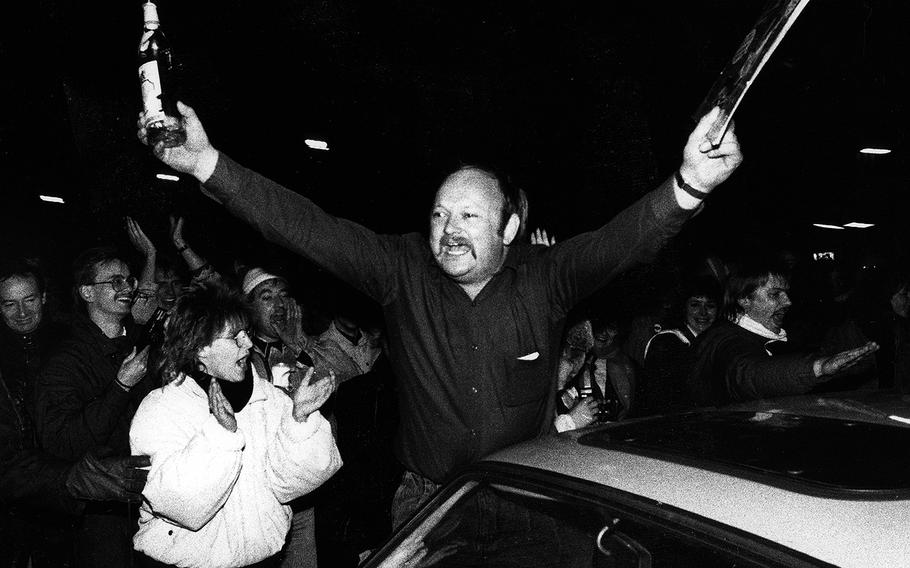 Scott A. Miller ©Stars and StripesHelmstedt, Germany, November, 1989: Two days after the Berlin Wall was opened to end 28 years of division of the city, an elated East German leans out and waves to the crowd as his car crosses the border at a key checkpoint between East and West.

RELATED MATERIAL: A 1989 Stars and Stripes story about the celebration at the border.