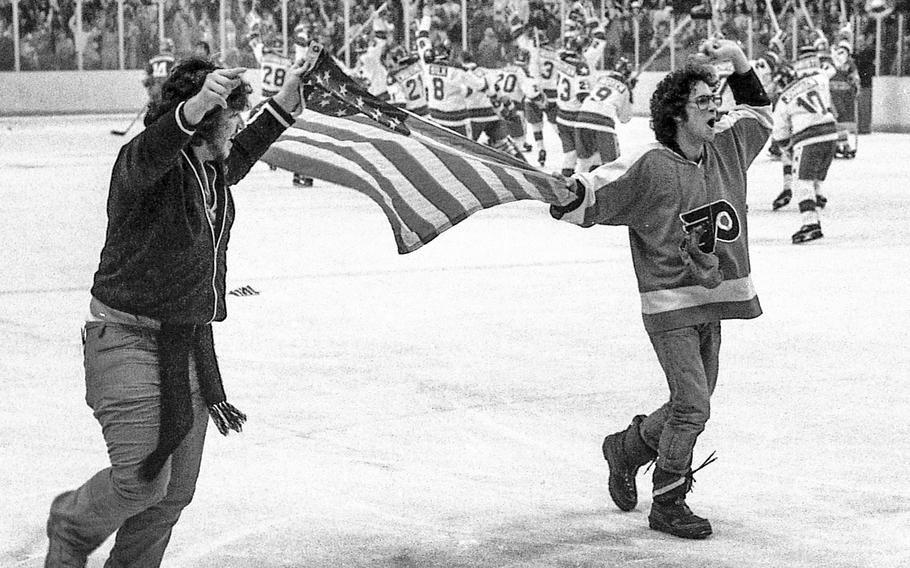 Red Grandy ©Stars and StripesLake Placid, N.Y., February, 1980: As U.S. players celebrate in the background, two fans carry the American flag across the ice at the end of the famous "Miracle on Ice" game, a 4-3 victory over the Soviet Union at the 1980 Olympics. The Americans went on to win the gold medal by defeating Finland.

RELATED MATERIAL: Stars and Stripes' 1980 story about the win over the Soviets.