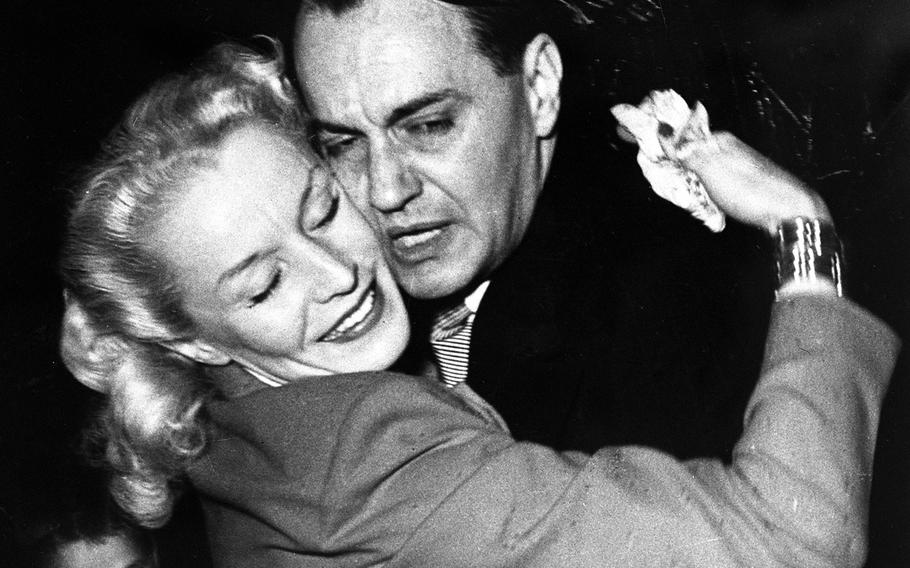 Red Grandy / ©Stars and StripesVienna, Austria, April, 1951: Robert Vogeler gets a hug from his wife, Lucille, as he gains his freedom after 527 days in captivity in Hungary. Vogeler, an ITT executive, was arrested on espionage charges in December, 1949; his captivity resulted in several retaliatory moves by the U.S., including the closing of Hungarian consulates in two cities and a ban on travel by Americans to the Eastern Bloc country. Resourceful photographer Red Grandy — just beginning a storied 35-year career at Stars and Stripes — had befriended the Vogelers and their security guards in the days preceding the release, and was ready and perfectly situated for the big moment. The photo was widely published, and was judged the second-best of the year by the Associated Press — second only to another Grandy photo, of Gen. Dwight Eisenhower hearing about the firing of Gen. Douglas MacArthur.