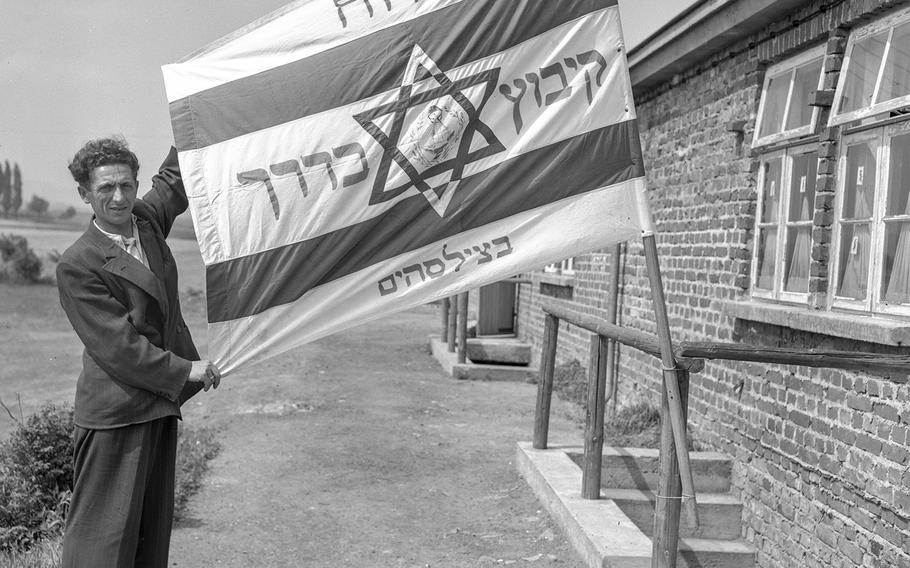 Gerald Waller ©Stars and StripesGermany, May 18, 1948: A man in a displaced persons' camp proudly displays the flag of Israel, which became a nation a few days earlier. A Stars and Stripes story said there were 134,000 Jewish people living in DP camps in the U.S. zone of Germany, a majority of whom wished to go to Palestine. Until Israel came into existence, the story said, British authorities were only allowing 50 to 60 per month to immigrate.

RELATED MATERIAL ¶Two Stripes stories on reaction to the founding of Israel: May 17, 1948: Jews in U.S. Zone laying ground for DP exit May 19, 1948: U.S. Zone DPs hail State of Israel