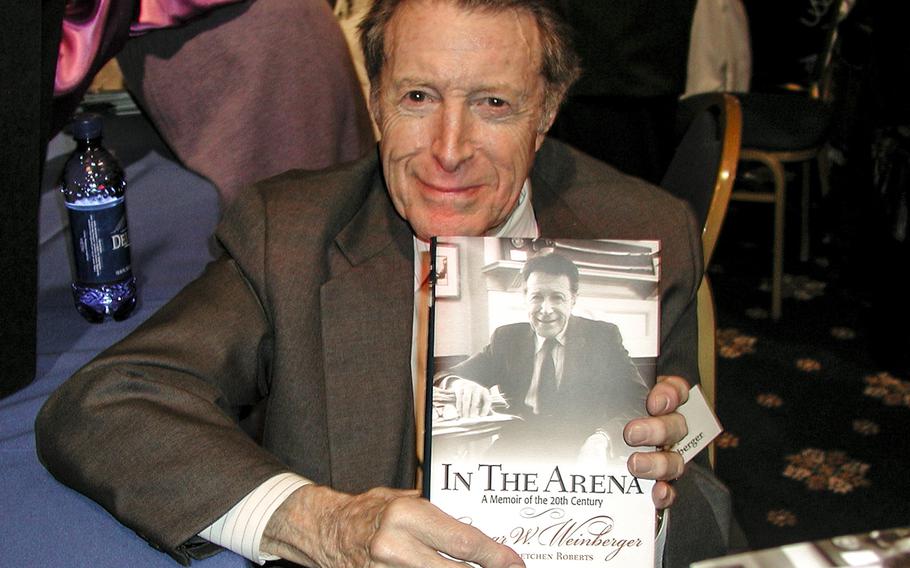 ©Stars and StripesWashington, D.C., November, 2002: Former Secretary of Defense Caspar Weinberger holds a copy of his book, "In the Arena: A Memoir of the 20th Century" at the National Press Club's annual book fair. Weinberger served as defense secretary through most of President Ronald Reagan's two terms, from 1981-1987.