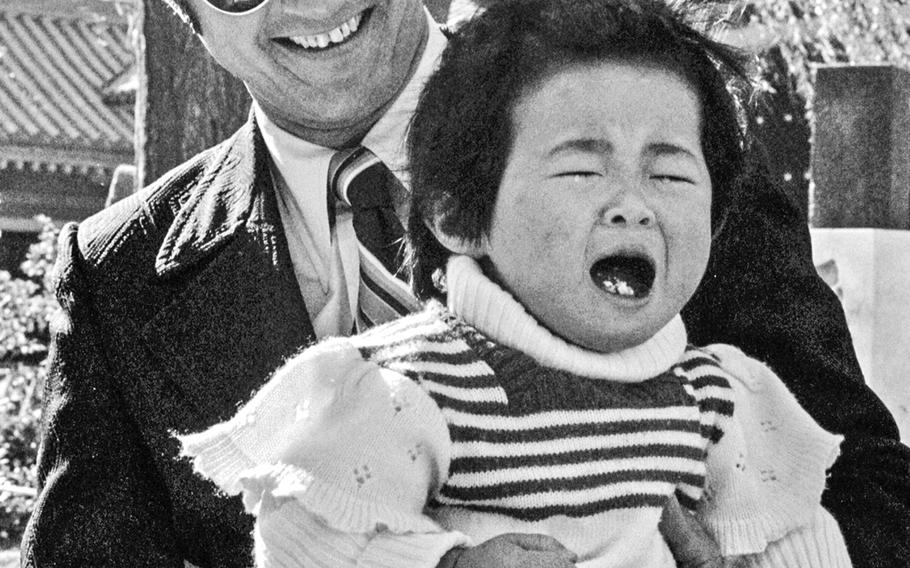 Hideyuki Mihashi ©Stars and StripesTokyo, December, 1973: This young Japanese girl apparently isn't much of a Boston sports fan, judging by her reaction to meeting future Hall of Famer Carl Yastrzemski. The Red Sox star was just vacationing in Japan, but the trip sparked a media frenzy when it was rumored in the Boston press that he was exploring the possibility of signing with a Japanese team. (He was, after all, accompanied by his agent, Bob Woolf.) But Yaz denied the report, and went on to play 10 more seasons in Boston. The 1967 Triple Crown winner, whose grandson is now an outfielder with the San Francisco Giants, celebrated his 80th birthday on August 22, 2018.