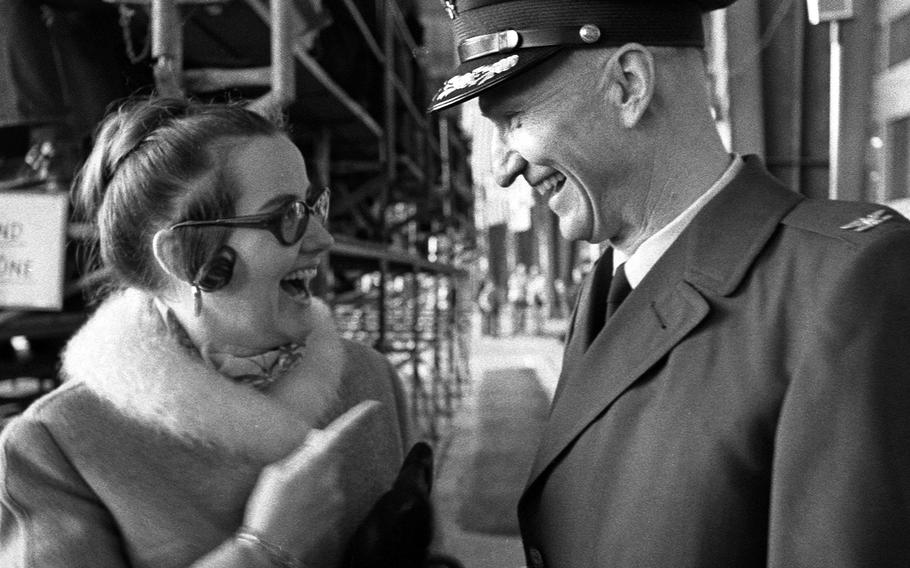 Regis Bossu ©Stars and StripesBerlin, February, 1974: Col. Gail Halvorsen, the famed "Candy Bomber" who parachuted packets of sweets to children during the Berlin blockade in the 1940s, meets a former "customer," Mercedes Wild. As a seven-year-old, Wild wrote Halvorsen to ask him to drop candy on her house; he replied with a note and a bag of candy. Halvorsen was being honored at Tempelhof Airport as he prepared to depart Berlin for his next assignment in Utah.

RELATED MATERIAL: Stars and Stripes' 1974 story about the "Candy Bomber" back in Berlin.