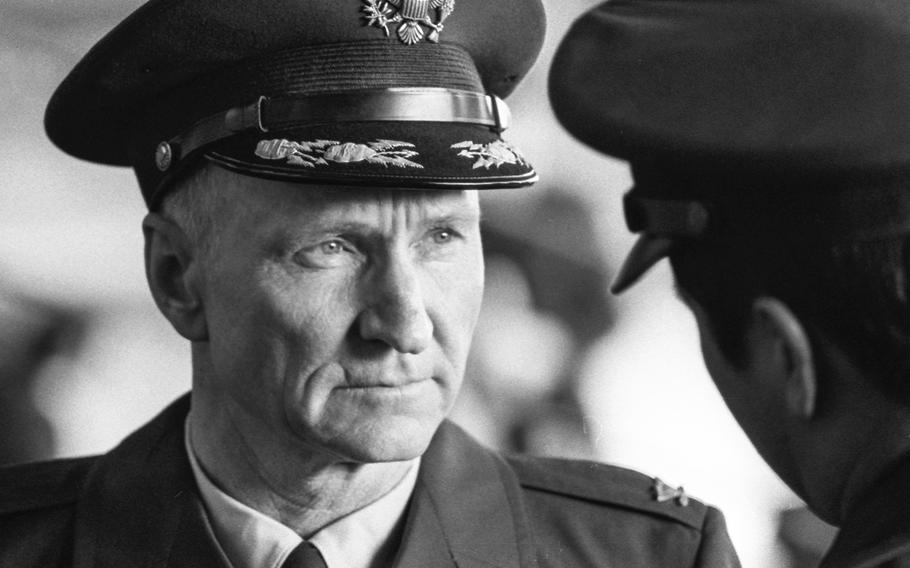 Regis Bossu ©Stars and StripesBerlin, February, 1974: Col. Gail Halvorsen, the famed "Candy Bomber" of the Berlin Airlift, talks with a fellow officer at Tempelhof Airport as he prepares to leave Berlin for his next assignment in Utah. While Halvorsen was carrying out his mission of ferrying supplies into the blockaded city in 1949, he met a group of Berlin children and realized how much they savored the pieces of gum he gave them. On his next trip into the city, he attached bags of candy to three handkerchief parachutes and dropped them — against regulations — to the kids below; it was the start of what would later be dubbed Operation Little Vittles. Halvorsen celebrated his 100th birthday on October 10, 2020.

RELATED MATERIAL: Stars and Stripes' 1974 story about the "Candy Bomber" back in Berlin.