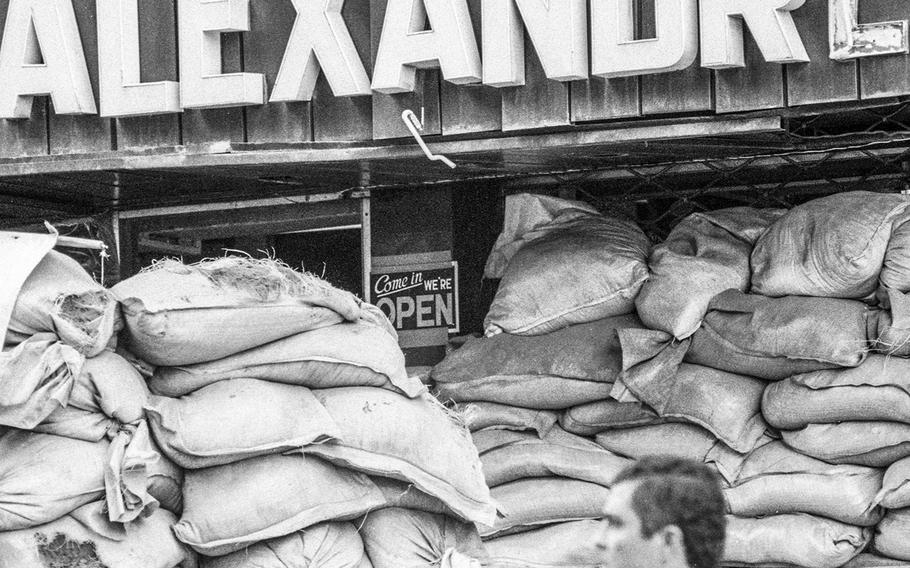 Gus Schuettler ©Stars and StripesBeirut, Lebanon, August, 1982: Although recent fighting between Israel and the PLO had torn much of the fabric of Beirut's civilization, the owner of this pharmacy in the city's eastern section wanted potential customers to know that despite a few sandbags it was business as usual.