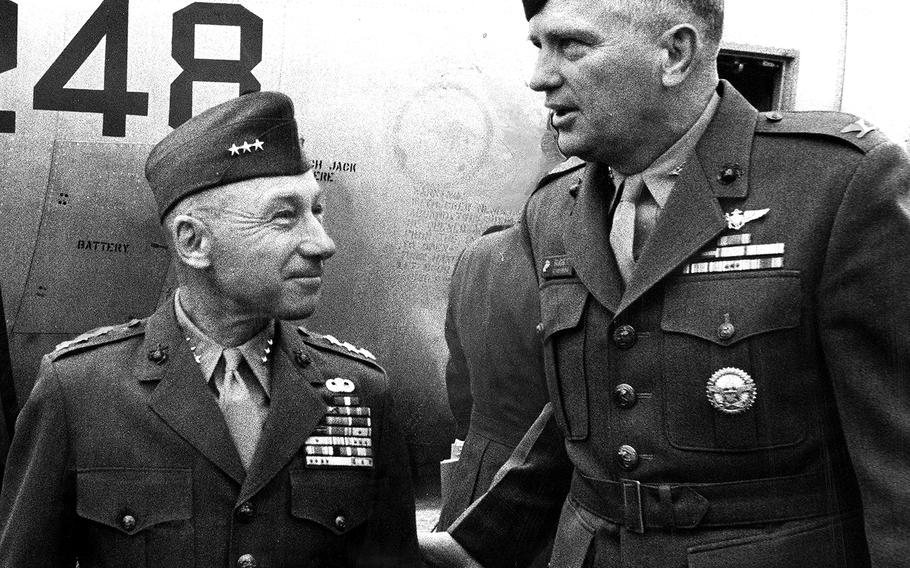 ©Stars and StripesTachikawa Air Base, Japan, April, 1964: Lt. Gen. Victor H. "Brute" Krulak, left, commanding general of Fleet Marines Force Pacific, is welcomed to Tachikawa Air Base by Col. Elmer E. Brackett Jr. Krulak, who assumed command March 1, was touring Marine installations in the Tokyo area on the last leg of his Far East tour. The diminutive (5'5") Krulak was an early proponent of the landing craft that became known during World War II as the "Higgins Boat," and later championed the use of helicopters in battle. He is also remembered as a fierce opponent of those who wanted to eliminate or scale back the Marine Corps.